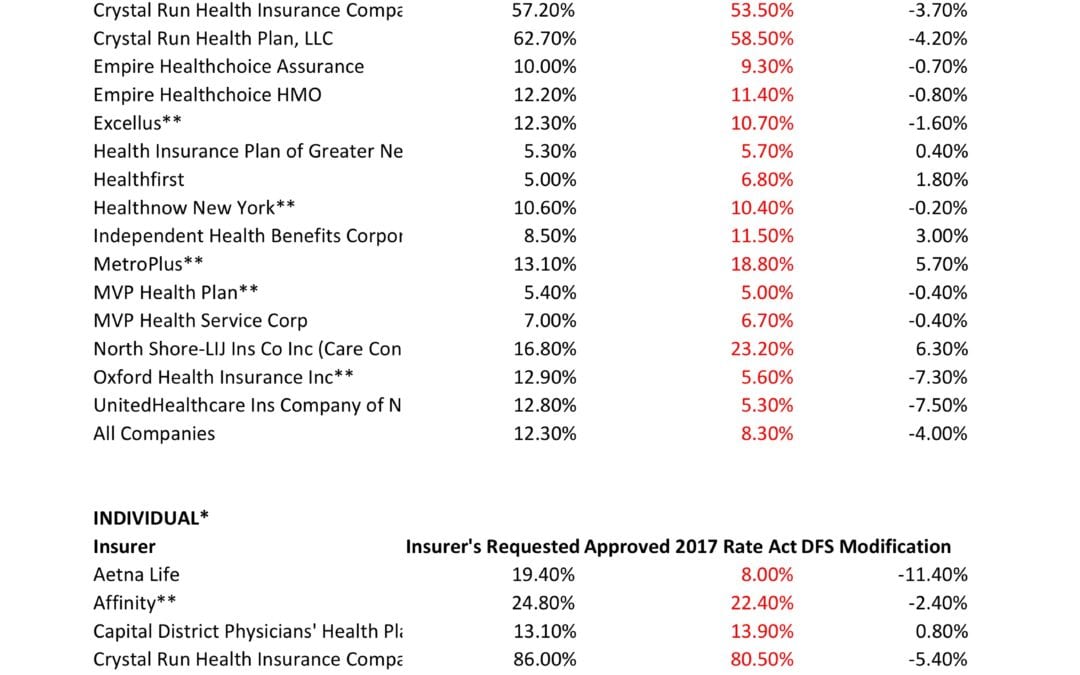 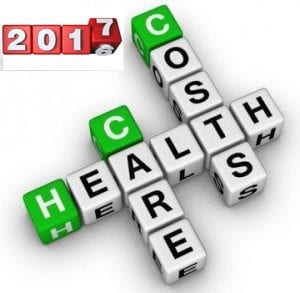 As per NY State Law carriers are required to send out early notices of rate request filings to groups and subscribers see original –NYS 2017 Rate Requests.  With only 3 months of mature claims experience for 2016  health insurers’ requests are historically above average.  Ultimately the State reduces this request substantially. This year, however, NYS acknowledged that medical costs increased, citing a 7-percent average increase on the individual market and an 8.5-percent increase on the small group market. The administration also acknowledged drug prices have impacted insurers, pointing specifically to blockbuster drugs for Hepatitis C.

The national rate trend, however, has been much higher than in past years due to higher health care costs  Like other states throughout the nation, the 2017 rate of increase for individuals in New York is higher than in past years partly due to the termination of the federal reinsurance program.  The lost of the program’s aka federal risk reinsurance corridor funds accounts for 5.5 percent of the rate increase.

How are neighboring States doing? In NJ, not that bad.  According to a review of filings made public last week the expected rate increase will be likley ve half.  Example: Horizon Blue Cross Blue Shield requested a 4.8% increase on their OMINA Plans.  For CT market, on the other hand, things are much worse at least for individual marketplace with average 25% rate increases.

The new premium hikes ranged from as little as 5.6 percent for Oxford Small group to a whopping 58.5% percent increase for Crystal Run Health Insurance Company, an insurer that covers parts of the Hudson Valley and Catskills.  Importantly, small group market are still more advantageous than individual markets unless one gets a sizable low income  tax credit.

The correct approach for a small business in keeping  with simplicity is a Private Exchange.  This is a true defined contribution empowering employees with choice of leading insurers offering paperless technologies integrating HRIS/Benefits/Payroll.  Both employee and employers still gain tax advantage benefits under the business.  Also, the benefits, rates and network size are superior under a group plan as the risk  are lower for  small group plans than individual markets. 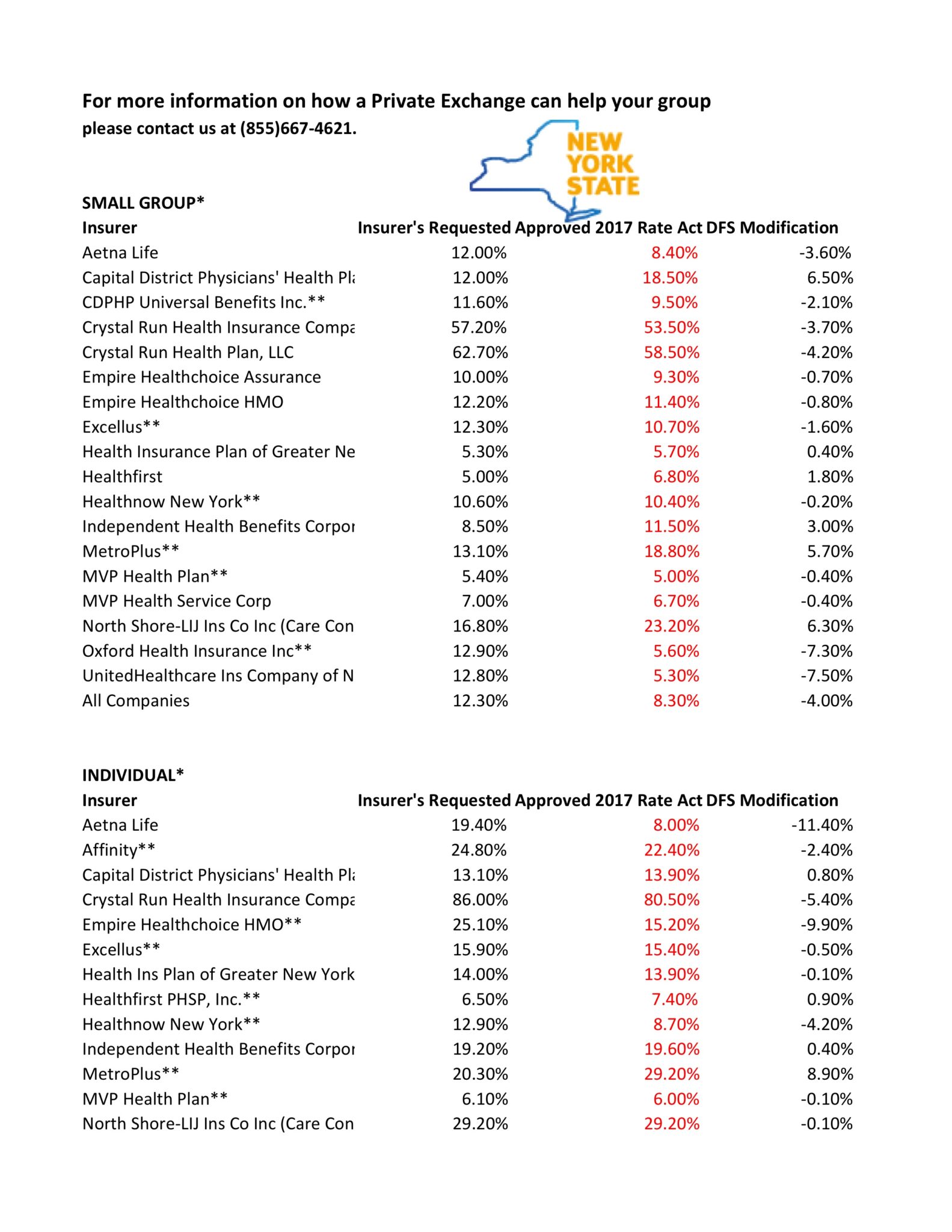 **Indicates that the company makes products available on the “New York State of Health” marketplace.

***After rate applications were filed on 5/9/2016, additional information, including the final results of the federal risk adjustment program, prompted several insurers to update their initially filed rates.

For more information on how a Private Exchange can help your group please contact us at (855)667-4621.