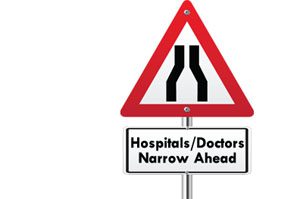 States Pushing Back Against Smaller Networks

States Pushing Back Against Smaller Networks

Officials in at least a half dozen states are pushing back against health plans in the new insurance markets that limit choice of doctors and hospitals in a bid to control medical costs.

The pushback against “narrow” provider networks recalls the backlash against managed care and health maintenance organizations  in the 1990s. Protests from consumers and hospitals eroded those attempts to restrain expenses by narrowing provider networks.

Now criticism of limited networks has risen as consumers realize that, despite President Barack Obama’s pledge that they could keep their doctors, their Affordable Care Act insurance may not include the physicians or hospitals they’ve been seeing.

The critique feeds into the politically damaging outcry over the millions of people whose health plans were cancelled. It’s unclear whether the limited choice of doctors and other providers will be as much of a concern to uninsured people who will be gaining subsidized coverage through the state-based marketplaces.

Still regulators and elected officials in a few states have already forced changes. Others are weighing legislation that could expand the networks.  Legal fights are brewing. In some cases, the officials are responding to complaints of health care systems or providers that were excluded.

In Maine, state regulators prohibited Anthem BlueCross BlueShield from switching some customers to a network sold through the Affordable Care Act’s marketplace that excluded six of the state’s hospitals.

In Washington State, the insurance commissioner initially banned several health plans  from the online exchange for what he called inadequate caregiver networks.  Some of the plans have broadened networks; the dispute continues with others.

In New Hampshire  Anthem’s 2014 marketplace plans exclude more than a third of the state’s hospitals. Lawmakers have written legislation that would force insurers to expand choice.

Anthem will “use the excuse, ‘Well, we’re going to save money by having a narrow network,’” said State Rep. Bill Nelson, a Republican who sponsored the bill pendingin the New Hampshire legislature. “Sure that could happen for some people, but other people are going to be losers. Imagine having to change the doctor you’ve had for years.”

South Dakota, Pennsylvania and Mississippi are discussing measures similar to Nelson’s, known as “any-willing-provider” laws that would force insurers to accept more participants in the networks.

“We had narrow networks in the ‘90s. Health-care prices not only moderated, but actually there was one year where they fell,” said Northwestern University professor David Dranove, who specializes in the health care industry. “Then we had the HMO backlash and we had broad networks [again], and health care prices went through the roof.”

In a typical narrow network, offered in many states under the new ACA rules, caregivers agree to lower prices in expectation of more patients. Insurers pass some of the savings to consumers. Done correctly, limited networks can also save money because family doctors, specialists and hospitals who are all part of the same network do a better job of coordinating care, many health policy experts believe.

Excluding certain hospitals from Anthem’s New Hampshire narrow plan would allow premiums to be 25 percent lower than they otherwise would have been, a company spokesman said. Anthem’s narrow Maine plan would save 12 percent, he said.

Insurers are supposed to compete side-by-side in the health law’s subsidized, online exchanges.  Under the ACA, they must all now offer certain basic health benefits and they must cover anyone, regardless of pre-existing conditions.

On this new legal terrain, they compete by offering their best combination of price and providers directly to individuals and families who lack other coverage. Adjusting caregiver rosters is one of the few remaining ways insurers can lower costs, limited-network advocates say.

But others argue that these narrow networks can force patients to switch doctors or drive long distances for care if a key hospital is left out of the plan, especially in states such as Maine and New Hampshire with few insurers selling through the ACA marketplace.

“Whenever you have an extremely narrow network there are potential problems for patients with cancer and for patients with any chronic condition, particularly when it requires the patient to go out of network,” said Kirsten Sloan, senior director of policy for the American Cancer Society Cancer Action Network.

Leaving a network to seek specialized care can lead to enormous out-of-pocket bills, she said.

In extreme cases networks could be too small to serve all the plan members they sign up.

“It’s no good making a narrow network that nobody can get in to see,” said Sander Domaszewicz, a senior benefits consultant at Mercer.

Insurers began unveiling ACA marketplace plans with narrow networks in recent months for coverage that starts in January 2014. Policymakers soon challenged them in several states, often pushed by excluded hospitals and their patients.

This summer Washington Insurance Commissioner Mike Kreidler blocked five insurers from selling through the exchange, in several cases because of network problems. One plan, he said, would have required people to drive nearly 50 miles to see a cardiologist and more than 100 miles to see a gastroenterologist.

Four plans protested Kreidler’s ban. Three reached settlements, some by adjusting networks. An administrative judge ruled in favor of another, Coordinated Care, whose network doesn’t include a children’s hospital.

Seattle Children’s Hospital, left out of networks including Coordinated Care’s, then sued Kreidler, alleging he failed to ensure adequate access to care.

In New Hampshire, Anthem’s decision to leave hospitals out of its network has prompted at least one to threaten litigation, and Nelson to introduce his bill. Anthem’s network could force some patients in his district  to drive a dozen of miles or more to get routine care, he said

In few places has the fight over networks been fiercer than in Mississippi. BlueCross Blue Shield of Mississippi cancelled in-network contracts over the summer with Health Management Associates, a for-profit chain with 10 hospitals in the state.

Blue Cross isn’t selling insurance in 2014 through Mississippi’s federally run ACA marketplace, but many expect it to come on board later.

In response HMA took to the airwaves in protest and pitted the insurance commissioner, who wanted only four hospitals reinstated, against the governor, who ordered the insurer to take back all 10.

“I’ve been practicing law for 36 years and I have never seen as aggressive an effort to sway public opinion as these guys engaged in,” said David Kaufman, an outside lawyer for BlueCross BlueShield of Mississippi said of the hospital chain. “You could not go to your mailbox, pick up a newspaper, watch TV, listen to the radio or answer your home phone without hearing that Blue Cross is the devil.”

Blue Cross sued Gov. Phil Bryant, arguing the order was unconstitutional, noting that his daughter works for HMA’s law firm and pointing out that HMA is one of his top campaign contributors. Bryant backed off but ordered Insurance Commissioner Mike Chaney to hold hearings. He refused. Bryant and Cheney, both Republicans, have clashed repeatedly over the federal health law.

Now Mississippi, too, is talking about an any-willing-provider law, which typically requires insurers to take any hospital, clinic or doctor under terms accepted by other participants.

Such a rule would tell Blue Cross that “it can’t kick somebody out of the hospital of their choice,” HMA executive Paul Hurst told WFMN radio’s Paul Gallo on a show broadcast statewide.

But in any state, making every insurer accept every hospital, “is going to throttle competition,” said Dranove, the Northwestern professor who specializes in the health industry. “And this is a healthcare reform that depends entirely on competition. So the people who are fighting for broad networks… are ultimately fighting for the demise of Obamacare.”

Millennium Medical Solutions Inc.  will continue to monitor and report on narrow net- work plans and other efforts by insurers to control costs in the PPACA environment.

Bluecard PPO – Outside members home region, the PPO medical plan is known as BlueCard PPO. The BlueCard plan offers a network of quality doctors and hospitals known as the BlueCard Provider Network.

How Does it Work?