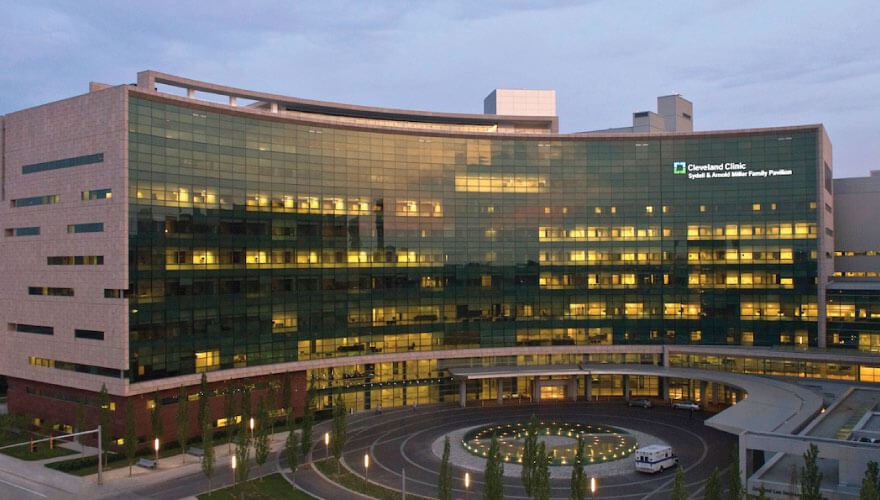 The Cleveland Clinic announced its list of the top 10 medical innovations for 2017  that have the potential to transform healthcare. 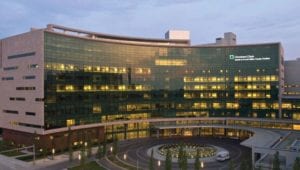 The 11th annual list was announced Wednesday during the Cleveland Clinic 2016 Medical Innovation Summit, held this week at the Huntington Convention Center of Cleveland and the adjacent Global Center for Health Innovation.

A team of more than 100 doctors and researchers assembled by the Clinic examined nearly 200 nominations to identify and rank the top 10 innovations. The panel doesn’t highlight brands or companies, but rather the innovation and its potential applications in healthcare.

The Top 10 Medical Innovations of 2017 are listed below in order of anticipated importance:

1. Using the microbiome to prevent, diagnose and treat disease

Trillions of bacteria in the body make up communities known as the microbiome. Within the last 10 years, researchers have discovered that the chemicals microbes emit can interfere with how food is digested, medicine is deployed or how a diseases progresses.

The National Microbiome Initiative has accelerated research and development, and biotech companies are looking at the microbiome’s potential to develop new diagnostics or therapies and probiotic products to prevent microbe imbalances.

Experts believe that next year the microbiome will solidify itself as “the health care industry’s most promising and lucrative frontier,” according to a news release.

In the past, medications have fallen far short of addressing the mortality rates for type 2 diabetes. Half will die from complications from cardiovascular disease. Those odds reach 70% after the age of 65. But new medications began dropping mortality rates this year.

Empaglifozin modifies the progression of heart disease by working with the kidneys, and liraglutide has a comprehensive effect on many organs, according to the release.

2017 could bring a complete shift in the medicines prescribed and further research into new ways to target type 2 diabetes, experts predict.

One of the first cellular immunotherapies is about to hit the market, and early results suggest leukemia and non-Hodgkin lymphomas might be curable, even in advanced stages, according to the release.

Chimeric antigen receptor (CAR) T-cell therapies are a form of immunotherapy in which T-cells are removed and genetically reprogrammed to find and destroy tumor cells. After attacking and killing foreign cancer cells, they often remain to minimize the risk of relapse.

The treatment, results for which have been impressive, is expected to be presented to the U.S. Food and Drug Administration next year for treatment for acute lymphoblastic leukemia.

“Liquid biopsies” are blood tests that uncover signs of actual DNA, or cell-free circulating tumor DNA (ctDNA), which is shed from a tumor into the bloodstream and is more than 100 times more abundant in blood than tumor cells.

Several companies are developing testing kits expected to hit the market this year.

Liquid biopsies are being hailed as a flagship technology of the Cancer Moonshot Initiative, a national effort to end cancer.

New automatic safety features could make a dent in dangerous car accidents, which remain a leading cause of death and disability as well as a major expense. In 2015, there were 38,300 fatal car crashes in 2015, and medical costs nationwide in one year total nearly $23 billion nationwide.

Though legal and safety questions remain, major investments into driverless cars are being made by software, private transportation and auto manufacturing companies.

For many years, billing departments, doctors’ offices, insurance companies and more have operated with systems that couldn’t talk with each other. Experts predict that 2017 is the year to make sense of this tangled web.

An international committee called HL7 will soon release a new tool, FHIR (Fast Healthcare Interoperability Resources), which will serve as an interpreter between systems or offices. The first release will focus on clinical data while the second will look at administrative data, with the potential to end a lot of frustration.

For one third of patients with depression, medications don’t work. Alternatives include intensive treatment options, such as electroconvulsive therapy.

Initial studies of ketamine, a drug commonly used for anesthesia, indicated that 70% of patients with treatment-resistant-depression (“TRD”) saw an improvement in symptoms within 24 hours of a low-dose injection. Ketamine, also known in the 1960s as a party drug, was studied for its ability to target and inhibit the action of N-methyl-D-aspartate (“NMDA”) receptors of nerve cells.

The FDA granted Fast Track Status to the development of a new NMDA-receptor-targeting medications based on the ketamine profile. The FDA gave some, like esketamine, breakthrough status, enhancing the potential for these drugs to be available to patients in 2017.

Two of the most intricate surgical practices, ophthalmology and neurology, began experimenting in the past year with technology that allows surgeons to keep their heads up while using high-resolution, 3D visual representations of their subjects.

Augmented reality glasses that display holographic images of human anatomy could bring the end of cadaver labs at medical schools.

Along the same lines, software companies are building augmented reality glasses that display holographic images of human anatomy. Medical schools see the end of cadaver labs. The Clinic and Case Western Reserve University were among the early adopters to work with Microsoft’s HoloLens, a mixed reality device that allows users to interact with holograms.

Most sexually active woman contract the human papilloma virus (HPV), certain strains of which are responsible for 99% of cases of cervical cancer. The most common malignancy is in women 35 years and younger.

HPV prevention and treatment, which have made great strides, are restricted to women who have access to tests and vaccines.

An approach to expand that care will launch in 2017 with self-administered HPV test kits developed by scientists with the idea that women can mail samples to a lab and be alerted to dangerous HPV strains.

In July, the first bioabsorbable stent was approved in the U.S. The stent, made of a naturally dissolving polymer, widens clogged arteries for two years before being absorbed much like dissolvable sutures, leaving behind a healthy natural artery.

Annually 600,000 people are treated for coronary artery blockage with metal coronary stents, which stay in their chests permanently most of the time. These stents may inhibit natural blood flow or cause other complications.